The astonishing diversity of wrecks, along with the fascinating stories behind them, make Scapa Flow a world-renowned location for all those interested in maritime history.

ScubaQuest’s trip to Scapa Flow in Orkney was a treat for so many reasons. The primary reason was history. To dive on the centenary year of the scuttling of the German Grand Fleet was a tremendous treat. Juxtaposed to this was the weather we were afforded, and the visibility which all made for a fantastic week of vintage and historical wreck diving in one of the ‘must do’ diving locations in the world.

We based our diving operation on MV Valhalla and due to the abundant food our drysuits are now that much more of a squeeze! Hazel, the skipper, runs a tight ship but this was appreciated by all as safety is paramount, but fun is encouraged.

The wrecks dived included the SMS Markgraf and SMS KronPrinz Wilhelm which are both super-dreadnoughts and the SMS Bayern gun turrets which came from a Bayern class battleship. These ships are huge and impressive.

We also dived SMS Dresden II, Coln, Konig and Karlsruhe which are all warships so there was plenty of guns in- volved and masses of naval engineering to see. We also dived the V83 Torpedo Boat Destroyer and SMS Brummer which was a mine layer. Lastly, we dived the odd one out for the week as we dived the F2 which was a WW2 German escort vessel. All the dives were between 12 and 43 meters.

The sea life was impressive and some seals were interested in our endeavours, it was also apparent and pleasing that ghost nets were not evident which improved overall safety significantly.

For most of the party it was a first trip diving ‘up North’ and also diving in relatively deep UK diving conditions. It was a learning curve that everyone managed well and I am sure I can say that it was thoroughly enjoyed as the smiles and conversations told the story.

The main thing was everyone got on well and the banter was superb. ScubaQuest would like to thank Andy, Paul, Tracy, Terry, David, Dave, Ryan and Ilies for making the trip one to remember.

The last thing to report is ARMAGEDDON! You really had to be there to understand… 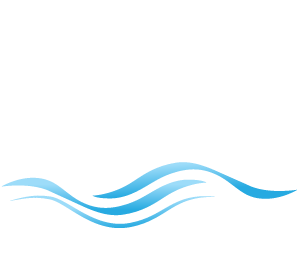